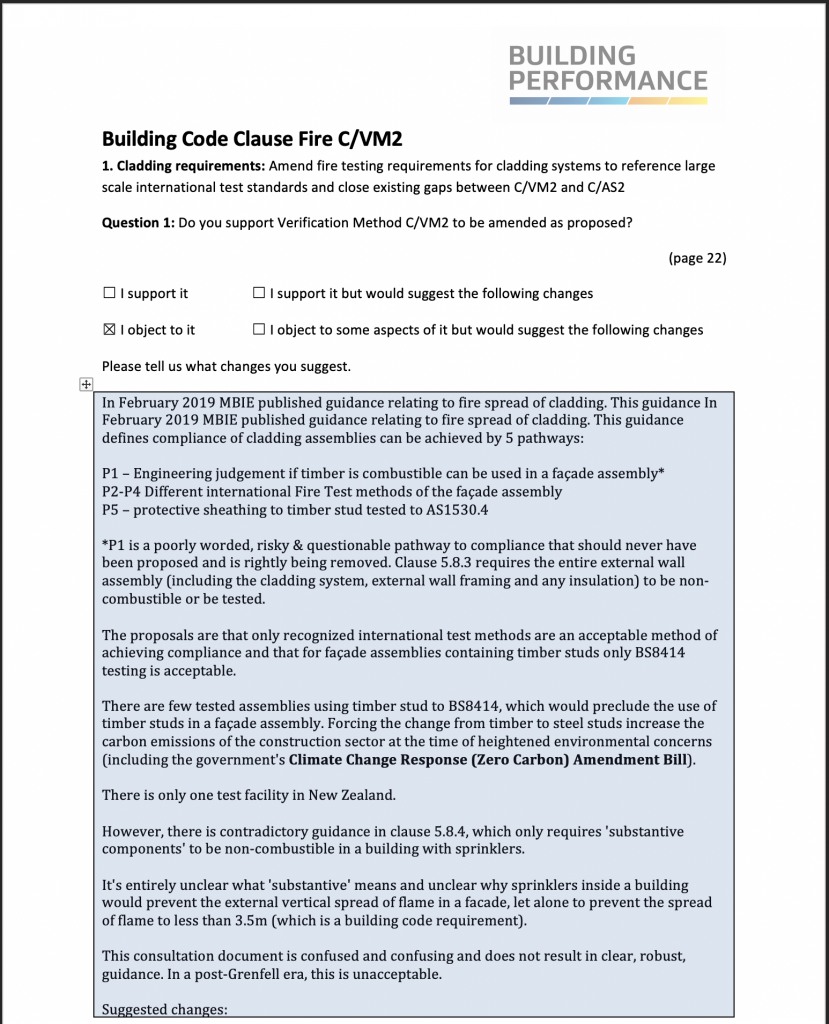 In February 2019 MBIE published guidance relating to fire spread of cladding. This guidance defines compliance of cladding assemblies can be achieved by 5 pathways:

P5 – protective sheathing to timber stud tested to AS1530.4

*P1 is a poorly worded, risky & questionable pathway to compliance that should never have been proposed and is rightly being removed. Clause 5.8.3 requires the entire external wall assembly (including the cladding system, external wall framing and any insulation) to be non-combustible or be tested.

The proposals are that only recognized international test methods are an acceptable method of achieving compliance and that for façade assemblies containing timber studs only BS8414 testing is acceptable.

There are few tested assemblies using timber stud to BS8414, which would preclude the use of timber studs in a façade assembly. Forcing the change from timber to steel studs increase the carbon emissions of the construction sector at the time of heightened environmental concerns (including the Government’s Climate Change Response (Zero-Carbon) Amendment Bill).

There is only one test facility in New Zealand.

However, there is contradictory guidance in clause 5.8.4, which only requires ‘substantive components’ to be non-combustible in a building with sprinklers.

This consultation document is confused and confusing and does not result in clear, robust, guidance. In a post-Grenfell era, this is unacceptable.

The consultation document is here:

Feedback can be given here: