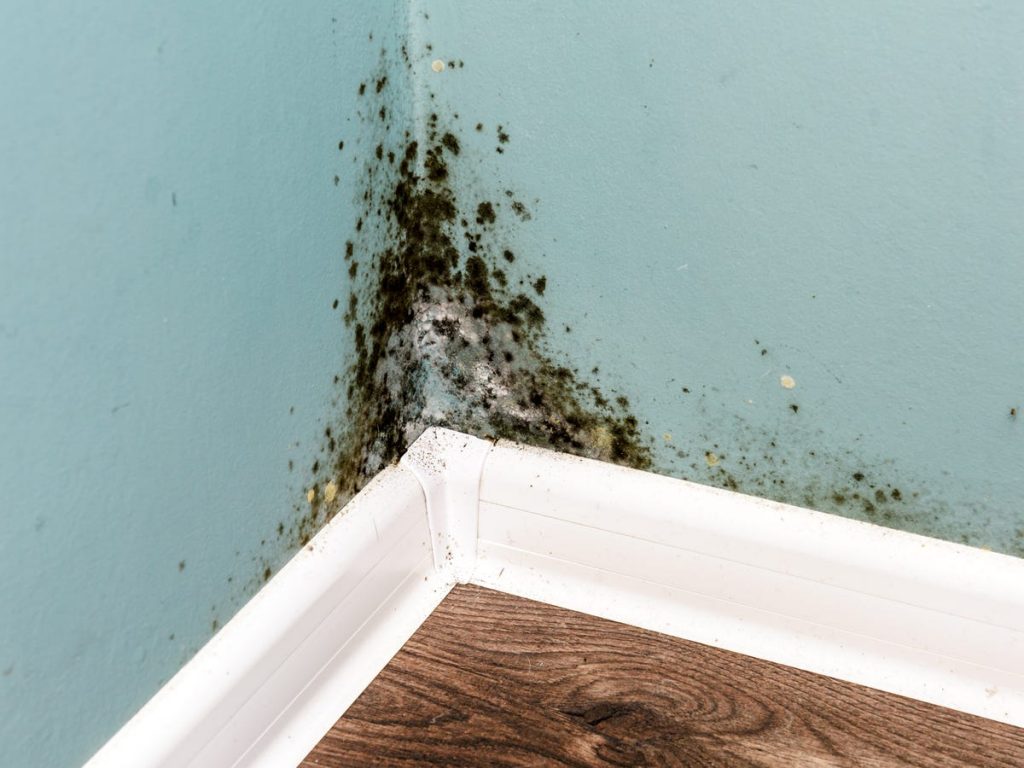 (Black) mould, stachybotrys chartarum, is a toxic microfungus which spreads with spores – it looks terrible from far away, and close up looks like an intricate pattern. It is sometimes found in soil and grain, but most often mould is found in our homes and buildings. Without adequate treatment, the mould spores spread – visibly growing bigger and bigger.

Where does it come from?

We don’t know – just like traffic, or fruit flies in the kitchen – mould just appears. However, we do know why it is caused and what allows it grow.

The three things mould needs and loves to grow is:

If you remove one of these components, mould cannot grow.

Is condensation the main cause for mould growth in NZ homes?

Condensation is definitely one of the contributing factors to mould growth, and we know how to reduce or get rid of condensation [see lesson two], however because we aren’t managing this well, it is contributing and encouraging mould grow. However, the main cause responsible for mould is heating the home, allowing it to cool, and heating again. The cold surfaces inside grow water, and moisture from the air then settles on these surfaces. When occupants return home, the home gets heated and these surfaces are then warmed. This is the heat component which allows mould to grow. But then it cools down again, and the mould stops growing but it is fed with moisture which also softens up the things it likes to eat. And then the home is heated up again – it’s not so comfortable for your house, and not so good for preventing condensation, but it’s a perfect condition for mould growth.

As mentioned in all previous lessons, maintaining the internal temperature throughout the day is really important for the health of the home and its occupants – this eliminates the moisture element, and if we remove one of the three components mould needs to grow, we shouldn’t see this toxic microfungus in our home. Simply put – if there is no mould to begin with, there is no mould to spread! Treat the cause, not the symptom.

What are the signs of mould?

Mould has various forms, generally it is dark blue or green or black and looks like a stain on the surface. It can look textured as though it has a fuzzy coating.

A common recommendation is to clean the mould with vinegar every day. However, this recommendation only treats the symptom not the problem which is allowing it to grow in the first place. Once you can visibly see mould, chances are it has been there for a while. If it’s on the walls, it could be inside your walls or inside the roof or attic as well.

Where do the spores come from?

Mould is sneaky, it usually starts in hidden places where you don’t want them to be. Hence, proper systems (ie ventilation systems) need to be considered to keep your home dry and warm and the air inside fresh and clean.

Is there a level of mould that is ok?

In other countries (ie. Canada) if you see black mould that is grounds to be able to break your lease, to sue your landlord, and to not live in that house anymore. The landlord/owner has to complete a full cleaning programme, ripping out walls and finishes to eradicate the mould. Sure, vinegar does remove it, but it doesn’t kill to the roots and because mould is microscopic you can never be 100% sure you have removed it all.

What are the implications of having mould in my home?

There are significant statistics proving that living in an unhealthy home has implications on the occupant’s health – specifically respiratory illness. These illnesses are exacerbated with the presence of mould, and similarly if you suffer from common allergies mould will too exacerbate these. Why? Mould isn’t good for lungs!!

If you are renting a home and the home doesn’t have a good envelope or good systems in place, what can you do?

And to solve the problem?

To solve the problem, keep the home at a constant temperature (22-23degs), and a constant relative humidity between 40 – 60%. Ensure the exhaust fan in bathrooms, kitchens and the laundry are operating to remove moisture out of house (remember to keep them running for at least 30-60min after showering cooking etc.). If you don’t have a ventilation system (fan), then the next option – which is not the best option – is to open the windows every day. Ideally though you have the capabilities to remove moisture mechanically – so head to your local hardware store and purchase that exhaust fan!

So there you have it. The story of mould. And the moral of the story – Mould is bad.