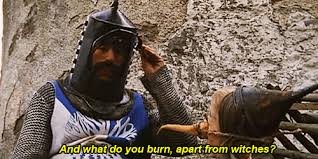 Don’t use materials that burn.

I considered ending the article right there. It’s not that hard. Does it burn? Yes? Then you can’t use it.

“No…well maybe…but you have to prove it”

Greenfell. There, I got that obligatory mention out of the way. Not to belittle the tragic events that took place in 2017 but the truth is that long before those events took place, for basically as long as buildings have been built they have been catching on fire. And for as long as they have been catching fire, we’ve been trying to come up with more and more clever ways to pretend they don’t. So much so that we’ve invented games and standards to prove to ourselves that they won’t burn, or maybe more accurately, we’ve created loopholes to not have to think about whether they will burn or not.

There are tons of people that know more than I do about fires. They have degrees in fires they are fire engineers. They study the principles of combustion, smoke travel, protection systems and can think very deeply about how materials might behave under fire. I am not that person, I know enough to not use materials that burn on the outsides of buildings and that is probably all you need to know as well. But that’s harder than it may seem.

“Does it burn?” requires further definition. “Does it burn” isn’t actually a straight forward question. The longer question is “does it burn, and how much, under XX test conditions?” and perhaps “are those test conditions relevant to my building/product?”. The bigger question of course is “will it burn quickly enough to endanger the lives of the occupants”. Depending on what data you are looking at, that can be hard to predict.

You see you can test how much or quickly something burns using different test equipment and what may ignite under a bigger test, may not under a little test. Never the other way around oddly. There are literally dozens of different ways to test combustibility but roughly speaking there are 3 grades of test: 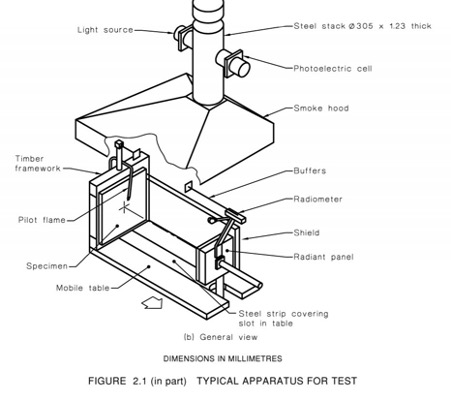 The benchtop test was considered sufficient for many a while. Hold a material next to a hot plate and see if/how fast it ignites. AS 1530.3 is a standard of reference for this. Completely useful for early ignition of fires for things like curtains, carpets, wall linings like that. Does this material start a fire? This is the kindling in the BBQ test. A big piece of wood would be hard to ignite and could maybe pass this but you seldom see big pieces of wood as internal linings. Maybe not so relevant for claddings but it’s what was used for a while. This is the equivalent of using a toaster or a candle, we’re talking about <10kW/sqm of heat energy.

What became apparent to some (some quicker than others) is that a cladding fire may be the result of a much more fully developed fire, one with slightly more heat and energy than a signal flame. This fire could potential ignite things we previously thought to be ‘non-combustible’ because we tested the non-combustibility using the benchtop reference. So we needed something with a little more juice behind it. 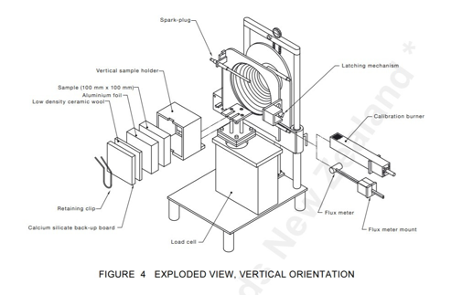 This is where the laboratory test equipment comes in. No more toaster tests, we’ve upgraded to flamethrowers. Two common ones would be a cone calorimeter (AS 3837, ISO 5660) or the Steiner tunnel (ASTM E84). These have like 100kW of energy, 10x more than our toaster. These are getting a little better at replicating a full fire, there’s a very good chance if it doesn’t burn here, it won’t burn (much) in an actual fire. it might melt, but we don’t yet consider that a problem for some reason. This is the level of test we now refer to as ‘non-combustible’ when we talk about cladding combustibility and there are some numbers that determine if it’s combustible or not.

Of course if every part (and this includes everything from the cladding to the internal linings, including the studs, the cladding and the insulation) of your wall has been tested to the flamethrower grade of test and determined to be ‘non-combustible’ that’s the end of your analysis. You did it! You have a very safe wall that might even meet the building code requirement to not spread [flame] more than 3.5 m vertically from the fire source over the external cladding of multi-level buildings.

What if my material does burn a little bit but I still really, really like it?

Then you can do an even bigger test, the granddaddy of them all the full-scale test. Build a miniature version of your building and light it on fire. It’s not going to be your actual building (but wouldn’t that be fun?) but it’s going to be a representative sample with reasonable extrapolation to a real life, really big fire.

There are two types of full scale tests out there: 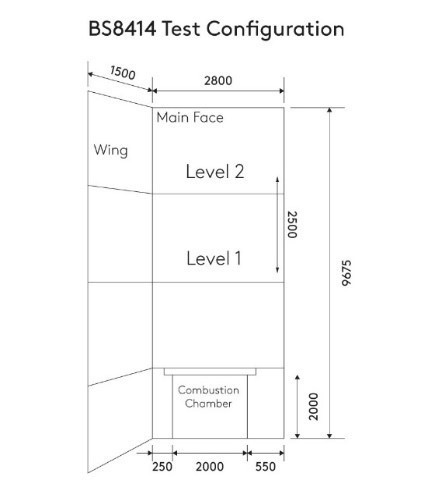 BS8414 is the bigger of the two. Someone described the heat load as a residential grade of fire, like lighting a couch on fire, lots of heat, taller walls than NFPA285, and includes a perpendicular wall to make things extra specially bad. BS8414 itself doesn’t have a pass fail criteria, it’s just the test method so there are two other standards we have to reference either AS5113 or BR135. The key feature of AS5113 is there is a falling debris criteria, in addition to not spreading up the building, the cladding can’t fall to the ground which is surprisingly difficult to pass for many claddings. BR135 is the common reference which has some temperatures and heights of flame that can be exceeded during the test. 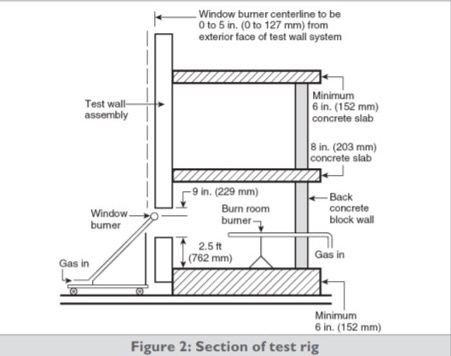 NFPA 285 is a bit smaller test rig more similar to a commercial fire someone once told me. It’s got a unique feature that you first burn the inside of the wall and then the outside, which is what would happen in real life. Same idea, does fire spread up the wall farther than we’d like it to.

So why all this fuss about fires in NZ now?

Well someone pointed out in 2017 (Determination 2017/088) that timber studs are fairly easy to burn; they would not pass the toaster test, let alone the flamethrower test. And if a cladding or a building was on fire, we’d need to somehow account for the fact that the studs might also burn. And that is unfortunately very hard to predict. The determination gave a bit of a pass to the idea that we might be able to stop those studs from ignition by using something better than a fibre cement sheet (turns out those don’t do very well in a fire) and thereby we could just focus on the cladding elements. Of course this process required countless hours of time to prove and was a very specific example.

We also found out in 2017 that the fire resistance rating has nothing to do with the vertical spread of flame. It’s entirely possible to have an FRR rated wall that allows fires to spread upwards. They are different tests, different variables, not related at all. 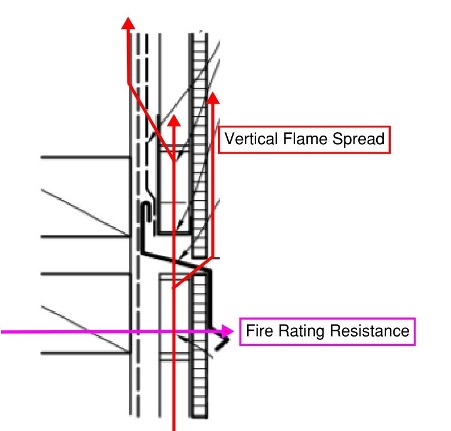 Then in 2019, some clarification (MBIE Guidance) that yes indeed, you need to consider the timber studs and the battens as part of the wall system. Well kind of… this guide said below 10m there are no rules (not true) and you can basically do whatever you want up to 25m (also not true) if sprinklered. Neither of these two things meet the building code requirement to not spread [flame] more than 3.5 m vertically from the fire source over the external cladding of multi-level buildings. If you don’t want to have to consider walls <10m then you need to change the building code, not the acceptable solution.

So now in June 2020, we’re finally going to get to the right answer. Fully non-combustible wall systems or fully tested. As of October 2020, there will definitively be only three safe ways to design a wall >10m:

Oh no wait, that would have been too simple. We had to leave a baseless loop hole:

and then the dangerously negligent loophole clause:

5.8.4 Where the building is sprinklered and the building height is less than 25 m, the requirements of Paragraph 5.8.3 do not apply provided that all substantive components in the external wall cladding system are: a) comprised of noncombustible or limited combustible materials;

‘Substantive components’ isn’t a defined term in the building code. We are given no guidance as to what substantive means. To me, substantive means the same as the entire wall assembly. Dictionary says substantive: important, serious, or related to real facts.