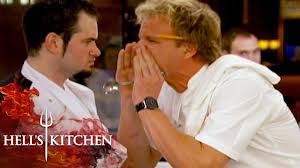 I’m stealing and building on a metaphor from Karl Jones at a seminar in 2019. You can tell I’m ready to get out of COVID19 lockdown and back to the restaurants.

A chef makes masterpieces. They start with a deep knowledge of food, a basic recipe but adjust to suit, modify as needed, and understand the principles behind why they adjust things a certain way for that particular dish. They have knowledge of cooking, heat, acidity, salt, spice, flavour and other things I don’t even know about and their knowledge is broad and deep. Put them in a kitchen anywhere, with some basic ingredients and they can transform any groceries into gourmet.

A cook has their place as well. Able to follow a recipe (written by a chef) and can produce edible food provided everything goes to plan. We wouldn’t expect a chef to improvise, make modifications to recipes, come up with their own recipes, or have to understand why the recipe has the precise ratios that it does. There is low expectations of something spectacular but reasonable expectations of something that won’t make you vomit. It’s grandma’s famous chocolate chip cookie recipe.

The food critic casts judgement on the two above. They aren’t coming up with the recipes, nor cooking it, but cast the final say on whether it’s good or not. They are likely functional home cooks but perhaps failed chefs and have their own particular likes and dislikes which may or may not be the same as the chef’s. They have limited control of what is being served to them and in some cases they may be a paid critic, hired to write good things about the recipe in hopes to attract favourable reviews. Their trying to influence the restaurant to produce a good meal but have limited powers to.

What on earth are you on about Shawn?

Each building is a meal and depending on what you want from that meal determines who is the best person to be making it and who you need on your team.

Most design teams are cooks. They follow standard and prescribed methods to arrive at a result that resembles a building. It won’t be the best building you’ve ever seen, but it will be functional. You’re going to get the same meal you had last week whether it was good or not but you’ll have food on the table and for some projects that is all they are after.

But not every building can be found in a recipe book. And ever changing demands like fire, thermal, sustainability and acoustics, mean were now making up recipes on the fly and some of the old recipes we’re used to don’t work anymore. This is where the chef is meant to fit in. They can take a recipe and know right away if it’s going to work and if it isn’t they can fix it. They understand what all the other cooks are doing, and adjust their recipes to suit. And sometimes they come up with new recipes that make all the old recipes seem a thing of the past.

Then there is the food critic, the peer reviewer. The judge and jury of the kitchen’s effort. They know what is and isn’t a good meal and when to send it back. They are in the unfortunate role of having to eat whatever is put in front of them and have limited opportunity to influence that before it arrives on the table. Sometimes we ask them how to cook the meal, or we think about whether they’ll like the meal but ultimately they are just there to say yes or no.

And ultimately the council and the building occupants are the patrons. They come to expect a good meal and that nothing will go awry. They intrinsically know whether a meal is good or not, may be able to compare it to other good meals and recipes, but ultimately play little part in the preparation. The council is interested in whether anyone will get sick from eating there but don’t care too much about how it tastes.

Now imagine a night where everyone sent back the food or got sick at a restaurant. Who would be responsible?

Normally chefs don’t make mistakes that bad or they aren’t around for very long if they keep making bad recipes. They are trained and experienced to avoid such problems and steer clear of risky ingredients. If they are there on the night, overseeing the kitchen they are responsible for catching any potential problems before ever getting to the customers.

The cooks are the ones following the recipe and how often have you got a recipe wrong? Missed an ingredient, didn’t have an ingredient, doubled something, mixed too much, mixed not enough, too much heat, not enough heat. A tablespoon instead of a teaspoon can make or break the meal. Sometimes you don’t even know you’re screwing it up until it’s too late. And if you don’t have a chef looking over your shoulder, or your chef is actually just a cook, you might not even know you’re doing it wrong.

And then the food critic, the peer reviewer, the last line of defense against a bad kitchen. What part could they play in the meal going wrong? They could avoid certain disaster perhaps, but their powers are limited. If they wrote about how fantastic a meal was and later that was found to be untrue then they wouldn’t be around much longer. We can’t really expect the food critic to be informing recipes can we?

This is why Oculus does design works for projects; we’re chefs. We know the recipes you’re used to but have lots of ways to improve them and a whole host of other recipes you’ve never even seen before that we’ve perfected during our training.

Yes, if you’d like us to critique a recipe as a peer reviewer we can but it’s not where you want us particularly if you’re lacking a chef in the kitchen. You want us in the kitchen with you, holding the knives, stirring the pots, coming up with the very best recipe to suit the project.

Just being cooks isn’t interesting, especially when the recipes we’re meant to follow are shit. For some they make a living from staying in the recipe book, making the same thing night after night whether it is good or not. They don’t know any better and don’t care to.

We want to be creating inspiring, exciting buildings, not judging bland boring ones. To us, that means not just looking good, but performing exceptionally. Never flirting with minimal compliance, always creating better and better ways to deliver a meal.