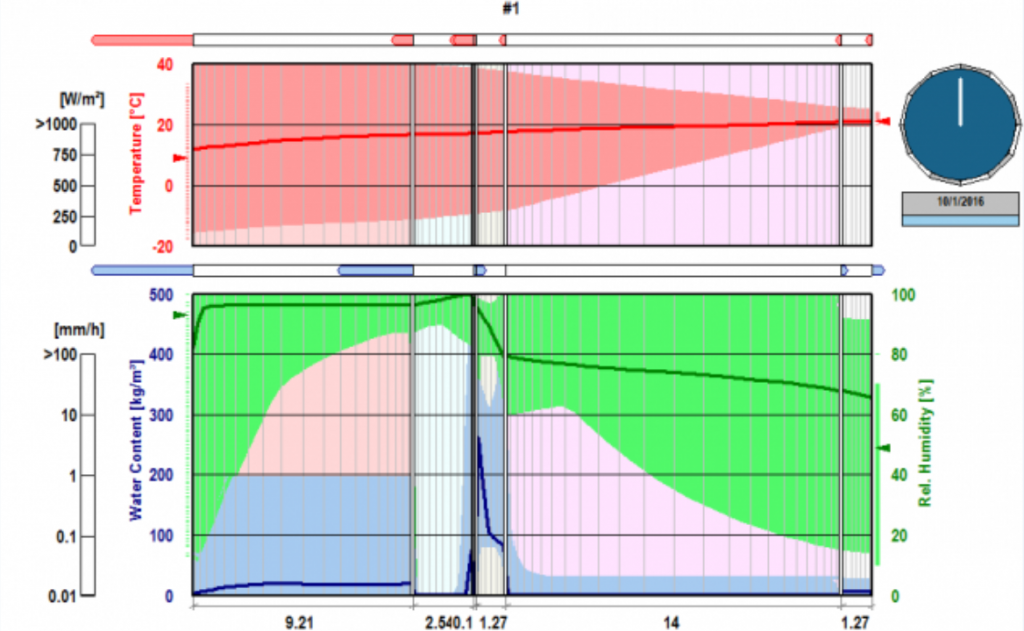 Nope, not doing a dog impersonation here. Before I explain what WUFI is, I think I first need to explain why it exists.

For decades, we (building scientists) have been faced with the problem of determining how different building construction techniques and materials will behave in terms of managing moisture (hygro-) and heat flow (-thermal). Those two variables turnout to be critically important for buildings and if too much moisture accumulates in a material that doesn’t like moisture that will cause problems. This is particularly important in the control of mould growth within a building. 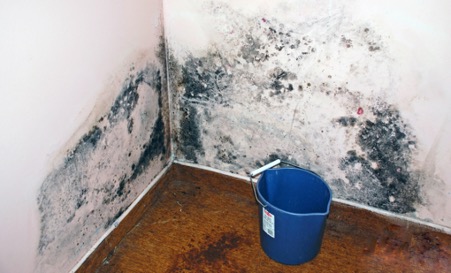 I could go on and on about mould growth in buildings and its devastating effect on the occupant’s health. But let’s just say, it’s bad, really bad! And avoidable, really avoidable!

Most of this moisture prediction was, until a few decades ago, based on things that worked in the past. If you built a wall and it worked for a while, you keep building that wall. Or if you built a roof and the roof didn’t work, you built a different roof until you found one that worked. Trial and error. You didn’t really care why something worked or didn’t, you just wanted an answer. 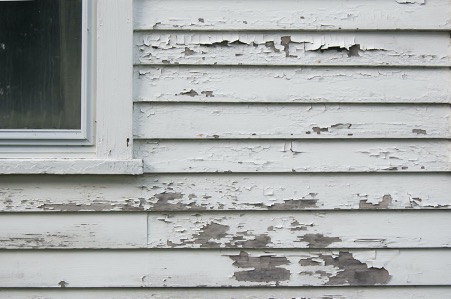 Uninsulated walls just kind of worked for centuries. They had a drying force coming from the interior (assuming you had some kind of fireplace) and any moisture in the walls was dried out constantly. Around the end of World War II, people started developing walls that reduced the flow of heat, that meant they needed to burn less wood to stay warm. it also meant the interior surfaces were warmer so they didn’t grow mould as fast. Super cool idea, damn those Germans are clever buggers (other people developed insulation too, like Canadians because Canada would be otherwise uninhabitable, but the Germans made it cool). But less heat flow through the walls, means less drying potential and now new moisture problems that didn’t previously exist, started showing up.

People really liked the idea of being warm inside and burning less wood to do it, but these new walls didn’t last as long as the old ones did. Of course, ‘trying some stuff out’ and ‘potentially being wrong’ is very un-German, so they needed a way to predict whether a wall or roof would work, before they built it.

Now in walks science. Science is undefeated. It always finds the right answer because science is always evolving and challenging the science that came before it. It’s never wrong because it’s never finished. This is trial and error in a systematic way, trying to uncover why one wall works and another doesn’t so that we can avoid problems in the future.

From this, people started measuring how long it takes some materials to grow mould when the get wet. Then they looked at how wet does something need to be, for how long, at what temperature, how much water can a material absorb, how fast, what if it’s a little wet and then dries out? Given enough information, and enough reams of paper, one could do some basic maths and start to guess whether a wall or roof would or wouldn’t work.

To carry out a thermal and moisture calculations in isolation for one separate layer of a specific part of the building enclosure at one particular snap shot in time isn’t too much of a task for the mathematically minded. There are well developed calculations that take into account the temperature and moisture difference on either side, and how fast that material transmits heat and water and from that you can predict the flow of heat and moisture. Call this a static calculation.

What happens when we do that simple static calculation, every hour of the year for multiple years? When the combination of hourly changes in moisture and temperature, rising and falling of the sun, changes of season, changes in atmospheric conditions in respect of relative humidity and temperature, and of course rain, and rain leakage, and in some parts of the world, snow, combined with the 3D nature of the interaction of each of the building materials, this creates an extremely complex mathematical problem to solve. We refer to this combination of calculations as transient hygrothermal modelling. 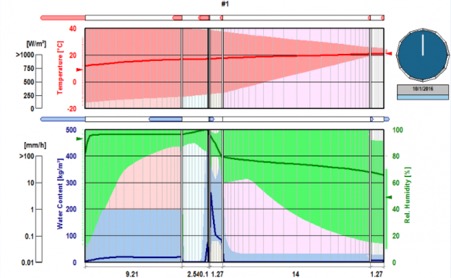 Developed in Germany, WUFI is the acronym for “Wärme- Und Feuchtetransport Instationär” which literally translates to transient heat and moisture transport. So with the magic of computers, WUFI now provides us with the ability to carry out thousands and thousands of calculations to simulate decades worth of real world exposure in a matter of minutes. Don’t get me wrong, you really need to know what you are doing to use WUFI properly, (you can be mediocre and use WUFI improperly pretty easily, but do that anyways, because you’ll still learn stuff) but let’s be clear, this is cool stuff.

So what can WUFI tell you? We WUFI things to tell us if we’re even close to having a roof or wall that is going to work. If it doesn’t work in WUFI, it’s not going to work in the field. People have verified this. Even BRANZ has in SR344, a terribly good research study with terribly ridiculous conclusions. Spoiler alert, the conclusion is: the science says most of our walls have heaps of condensation in them, but that can’t be true because no one is reporting it, a terribly scientific conclusion.

WUFI can also tell you things like whether a material will get wet and dry out fast enough. We can predict the corrosion rate of reinforcing steel in concrete, we can predict the decay rate of timber (even untreated timber, what a concept!) or any other things you might care about in the walls and roofs of buildings.

What can’t WUFI tell you? Every model has it’s limitations and the outputs are only as good as the inputs. I love this quote by George EP Box, in 1976 “Science and Statistics”

As noted above, we can avoid complete catastrophe, but we can’t control some things. Key things we can’t control: the interior conditions, how hot and cold, how humid, the air speed, how many people. Those variables could never be predicted with great certainty, people aren’t like models and to quote another great quotist, Tom Segura, 2016, Mostly Stories

To combat this, we input the worst possible thing someone could do in their home. If it works under non-ideal conditions, then we could be confident the actual will be better and we’ll have no problems. And if something doesn’t even work under less conservative conditions, we can almost guarantee some will fail. Which is why it’s so alarming that under an RH cap of 70% inside, and constant heating (two things that have never ever happened in a NZ house) we have lots and lots of water inside our walls. You don’t need to be a scientist to understand 6 months >90% RH is a bad bad idea. 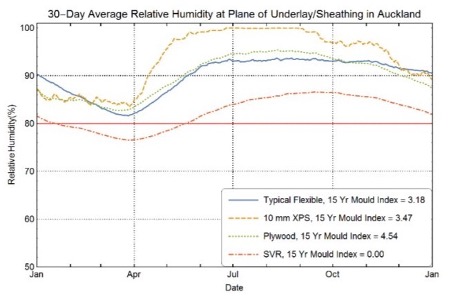 People (specific people, scientists, from Finland) have even developed a specific mould index (VTT) that corresponds to laboratory tests. They’ve done some WUFI models, built the same walls, and correlated the model to the physical test. The simple pass fail here is 3.0. >3.0 there will be visible mould growth. <3.0 and there won’t be visible mould growth. 0.0 is the score you are going for, we can build walls with 0.0 risk of mould growth and that then seems like a pretty good design idea.

Most of the walls and roofs in NZ will grow mould.

That’s what science tells us, pretty conclusively too. Water vapour from inside is migrating into the walls and roof where it condenses and mould can start growing. This isn’t enough water to start rotting timber framing (maybe) but it is enough to grow mould. It is then unfathomable that this isn’t occurring in nearly every building in NZ. But no one is looking. They are looking for rot, they aren’t looking for mould, or don’t even know what to look for which is why they aren’t finding it. 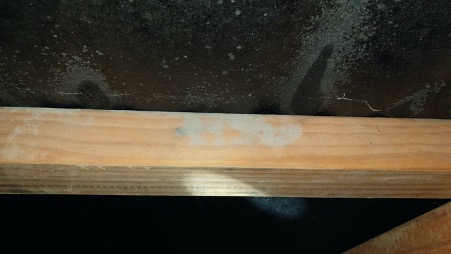 Roofs are a different story. Cold roofs especially. We already know those don’t work in the best of times, (more on that in later articles). There’s no “This isn’t happening”, yeah it completely is. This picture is all sorts of happening in every single roof built in the last ~15 years when roof insulation was added. Remember the earlier story about walls, now this is going on in roofs, reduce the drying, increases the moisture. What is sure to happen, is homes that didn’t previously have problems, are now insulated, and will suddenly have moisture problems. And WUFI tells us this pretty conclusively.

We’re decades past ‘trial and error’ design methodology for the design of robust roof and walls systems. Unfortunately, we’re in the ‘hope and pray’ phase despite having good modelling software and good evidence to that many of these won’t work. As a result, there are roofs and walls failing right now all across the country because we ignored science and refused to admit there is a better way to guess.